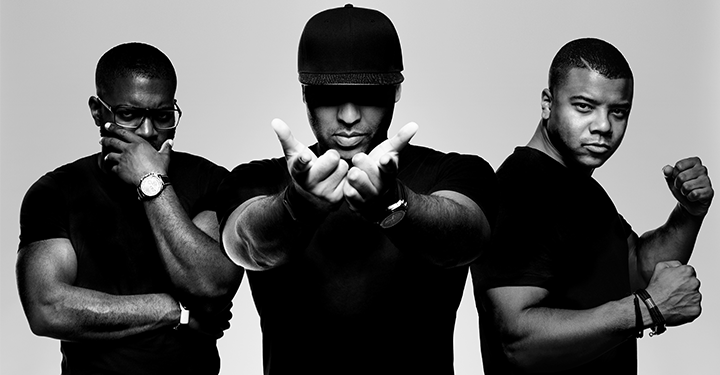 Moombahton, Dance-hall & Bubbling with those saucy drops you like! A new sound by an O.G! Alongside master vocalists Roga MC and lead singer Bobso Architect, Sidney Samson brings you a new supergroup on their way to blaze up stages near you!

Deadly Zoo is a brand new live collective based in Amsterdam, The Netherlands.

When performing live, Bobso Architect and Roga MC add some serious vocal flavor to Sidney’s DJ Skills. In a unique combination of live vocals by Bobso Architect, Roga MC and several guest vocalists, DJ skills and dancers that will blow your mind, Deadly Zoo’s live performances are not just a show, they are an event!

Bobso Architect came to the Netherlands at the age of 7 from Congo, Africa. Despite the challenges such a journey brings, the experience has only polished this rough diamond. Bobso is the lead singer of Deadly Zoo and gives the group a rich international sound, performing in English and French, harnessing the warmth/soul of Africa in his voice.

Roga; meaning rugged and raw, is the MC a.k.a. toaster of the group. His energetic voice and personality have ignited flames on dance floors worldwide. Being of Caribbean descent, music runs through his veins. Hosting events by the likes of Sensation, Dirty Dutch and Tomorrowland, he brings this experience to the Deadly Zoo.

Sidney Samson is one of the true originators of Dutch house. He toured the globe as a DJ ever since his breakthrough record “Riverside” became a global hit in 2009. Sidney produced, composed and remixed an avalanche of records, including many huge hits by Eva Simons, Far East Movement, Will.I.Am and David Guetta.