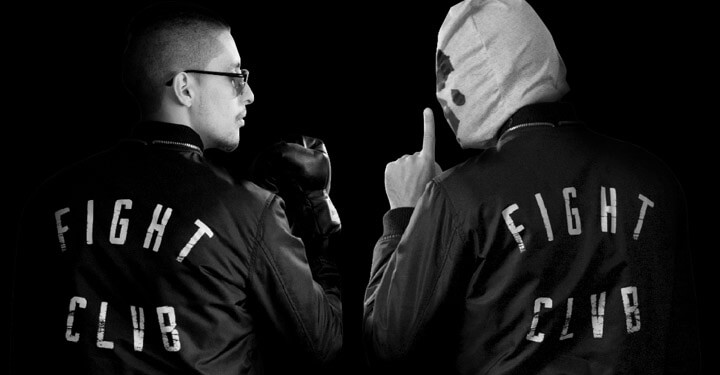 Birthed in the fiery dances of Moombahton and baptized in the brutishness of Jungle Terror, FIGHT CLVB is one of the hardest hitting players in the scene. With their recent collaboration with Afrojack and Titus and releases on labels such as Wall Recordings, Dim Mak, Revealed and Hysteria, this is a duo that’s making some serious moves.

Consisting of SAV (DJ and producer) and Mystereo (an unstoppable hype-man), who has toured with Skrillex, Porter Robinson, and Zedd. A man who has never revealed his identity.

FIGHT CLVB recently released an anti-Trump song called “Donald Trump”, to show their aversion against his politics. This release gained a lot of attention within the EDM community, and was covered by most major blogs. Furthermore their recent collaboration with Dirtcaps “Pun This” ft. Sanjin was a successful release on Hardwell’s imprint Revealed.